The St. John Passion is the highly dramatic and explosive retelling of the last days of Jesus according to the gospel of St. John, by the incomparable Johann Sebastian Bach. You might say it is Bach’s Cecil B. DeMille spectacular. This is Bach at his most dramatically brilliant. He wanted to write a passion to show his new bosses at his new job in Leipzig what he could do, and did he ever deliver! He gave them a masterpiece that would come to be ranked with the most sublime creations of the Baroque period. He tells the tale with a dramatic urgency that is powerful and gripping. In our concert, to offer the maximum effect of the riveting emotional brilliance of this work, the performance will be in English. It promises to be a major event in London’s Concert season.

Outstanding soloists for this concert will be Chelsea Van Pelt, soprano, Sarah Hicks, mezzo soprano, Christopher Mayell, tenor and Evangelist, and David Diston, baritone and Jesus. KSS bass Richard Zelinka will sing the part of Pilate. London Symphonia is London’s premier orchestra—a professional symphony of top players that performs a vibrant and bold season of music. Joining them for this performance is concert organist Ian Sadler. 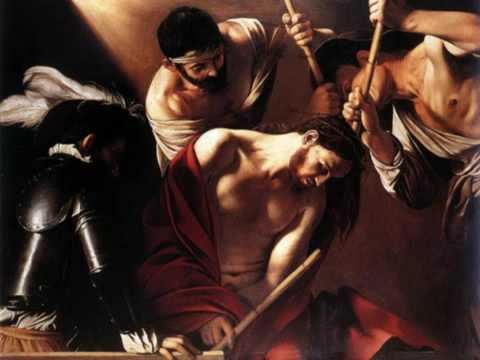 Gabrielle Heidinger Baerg began her studies with Irena Welhasch Baerg and has been an active soloist in concerts in Southwestern Ontario ever since. She completed her Masters in Music Performance and Literature at the University of Western Ontario where she studied with Anita Krause-Wiebe and Theodore Baerg. Mrs. Baerg was a strong member of UWOpera and performed as La zia Principessa in Puccini’s Suor Angelica, Mrs. Olsen in Kurt Weill’s Street Scene, and as Donna Elvira in the 2010 production of Mozart’s Don Giovanni. Mrs. Baerg has attended Opera NUOVA as the third lady in Magic Flute, the Canadian Operatic Arts Academy, the Summer Opera Workshop in St. Andrew’s by the Sea, New Brunswick, and Opera on the Avalon in St. John’s Newfoundland as La zia Principessa in Suor Angelica and Hippolyta in A Midsummer Night’s Dream. Most recently she performed Hänsel in Metro Youth Opera’s production of Hänsel und Gretel. Mrs. Baerg teaches voice, piano, and theory in London.

Thanks for your interest. Please tell us a little bit about yourself.

Our communications may include newsletters and announcements about events, opportunities for musicians and administrators, music-related services and promotions, sent directly or by The Karen Schuessler Singers’ email service provider.
Your privacy is important to us. We will not share your email address or personal information with any other business or organization.
Please use the form below to confirm your consent to receive electronic messages of this nature from The Karen Schuessler Singers.


If at any time you wish to discontinue receiving our emails, simply click the Unsubscribe link contained at the bottom of each of our newsletter emails or email us at contact@kssingers.com
Current Karen Schuessler Singers members may also confirm their consent and update their email addresses during membership renewal.To withdraw your consent at any time, please contact The Karen Schuessler Singers directly at contact @ kssingers.com. Thank you!